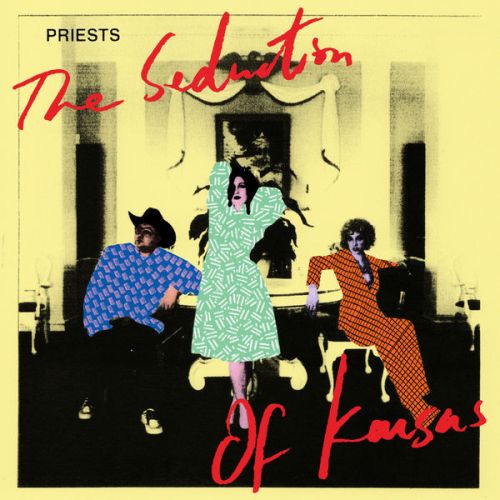 On their earliest records, Washington DC’s Priests sounded like a distillation of several decades of their hometown’s rock icons. 2016’s Nothing Feels Natural found them honing their sound even further, with an ominous tone present throughout that evoked X at their best. The Seduction of Kansas features a slightly altered lineup for the group, resulting in a dozen songs that have become even more expansive in their arrangements and lyrical references. From the album’s titular track onwards, Priests grapple with the current state of American politics and its resulting sociopolitical alienation. Precise rhythms and sinister melodies create a backdrop for references to wealth-influenced politics, rampant militarism, unchecked misogyny, and the disastrous wreckage of a flawed national image. It’s weighty stuff that gets balanced out by the sheer energy and catchiness of songs like “Good Time Charlie” and “Jesus’ Son” and the unexpected ways offbeat references can crop up. This is a searing political record but it’s also an eminently listenable one.  – Tobias Carroll